Harold I. (Hank) Schwartz, M.D. is a nationally recognized psychiatrist, hospital executive, author and mental health advocate. He currently serves as Psychiatrist-in-Chief at The Institute of Living/Hartford Hospital and as regional Vice President of Hartford HealthCare. He is Professor of Psychiatry in the University of Connecticut School of Medicine and Professor of Psychiatry, Adjunct, in the Yale University School of Medicine.

In 2000, he served on the (Connecticut) Governor’s Blue Ribbon Commission on Mental Health. Following the mass murder in Newtown, Governor Malloy appointed him to the Governor’s Sandy Hook Advisory Commission and he subsequently served as a co-author of the Sandy Hook Report issued by the Connecticut Office of the Child Advocate. He is a past-President of the Connecticut Psychiatric Society where he has served as Legislative Chair for over 20 years – testifying frequently at the legislature on matters vital to mental health and contributing to the crafting of mental health statutes in Connecticut, including the state’s mental health parity law.

Hank graduated from the Columbia University College of Physicians and Surgeons in 1979 and completed a fellowship in Forensic Psychiatry at New York University/Bellevue Hospital Center. He has published over 80 articles, book chapters or books, primarily on issues at the interface of psychiatry, law, ethics, and public policy. He is a Fellow of the American College of Psychiatrists, a Distinguished Life Fellow of the American Psychiatric Association and has won numerous awards and honors.

At The Institute of Living/Hartford Hospital, Hank leads a full service psychiatric hospital system with a broad continuum of clinical and training programs and multiple research centers. In recent years, he has founded the Olin Neuropsychiatry Research Center, a state-of-the-art fMRI brain imaging and genetics center devoted to research on severe mental illness, and the Anxiety Disorders Center, with clinical and research programs in Cognitive Behavioral Therapy and the anxiety disorders. He also serves as Chair of the Hartford Hospital Ethics Committee.

Dr. Genovese has been Acadia Healthcare’s Chief Medical Officer since 2017 and has brought years of patient-facing experience to Acadia’s leadership team. He is a clinical psychiatrist and addiction specialist. He is also the medical director of the Officer Safety and Wellness Committee of the FBI National Academy Associates (FBINAA), helping to equip first responders with the tools they need to withstand, recover and grow following repeated trauma. Dr. Sederer is an Adjunct Professor at the Columbia/Mailman School of Public Health.

Previously, Dr. Sederer served as the Executive Deputy Commissioner for Mental Hygiene Services in NYC, the City’s “chief psychiatrist”. He also has been Medical Director and Executive Vice President of McLean Hospital in Belmont, MA, a Harvard teaching hospital, and Director of the Division of Clinical Services for the American Psychiatric Association.

In 2013, Dr. Sederer was given the Irma Bland Award for Excellence in Teaching Residents by the American Psychiatric Association, which in 2009 recognized him as the Psychiatric Administrator of the Year. He also has been awarded a Scholar-in-Residence grant by the Rockefeller Foundation and an Exemplary Psychiatrist award from the National Alliance on Mental Illness (NAMI). He has published seven books for professional audiences and two books for lay audiences, as well as over 400 articles in medical journals and non-medical publications including TheAtlantic.com, The New York Times/The International Herald Tribune, The Wall Street Journal, The Washington Post.com, Commonweal Magazine, and Psychology Today. He is Medical Editor for Mental Health for the Huffington Post where over 200 of his posts and videos have appeared. He writes a column several times a month on mental health for US News & World Report

In 2013, Dr. Sederer published The Family Guide to Mental Health Care (Foreword by Glenn Close), for families of people with mental illness. He also has co-authored, with Jay Neugeboren & Michael Friedman, The Diagnostic Manual of Mishegas (The DMOM), a parody of the DSM-5. David Tolin, Ph.D., is a board-certified clinical psychologist and Past-President of the Clinical Psychology division of the American Psychological Association.  He is the founder and Director of the Anxiety Disorders Center and the Center for Cognitive Behavioral Therapy at the Institute of Living/Hartford Hospital, and is an Adjunct Professor of Psychiatry in the Yale University School of Medicine.

Considered an international expert in the field of clinical psychology, David is the author of over 150 peer-reviewed scientific journal articles.  His research is funded by the National Institute of Mental Health (NIMH), and he also serves as a scientific reviewer for NIMH research grant applications.  In recent years he has received the Award for Distinguished Contribution to the Science of Psychology, the Award for Distinguished Contribution to the Practice of Psychology, and the Lifetime Award for Distinguished Contributions to Psychology from the Connecticut Psychological Association.  A highly sought-after lecturer, David has presented invited workshops in recent years in venues such as the Mayo Clinic, Harvard University, and the Nobel Forum in Stockholm.

David received his Ph.D. from the University of Arkansas in 1997, and completed a predoctoral internship in clinical psychology at the VA Medical Center in Boston.  He spent three years as a faculty member at the University of Pennsylvania prior to starting his own clinical and research program at the Institute of Living.  He is currently considered one of the nation’s leading experts in the areas of cognitive-behavioral therapy, anxiety disorders, and obsessive-compulsive and related disorders.

David’s research focuses on understanding the nature of anxiety- and obsessive-compulsive disorders in adults in children, using a wide variety of strategies including functional neuroimaging, diagnostic interviewing and questionnaires, and computerized cognitive testing.  He also develops and tests psychological interventions for these disorders focusing on mechanisms of illness and recovery. 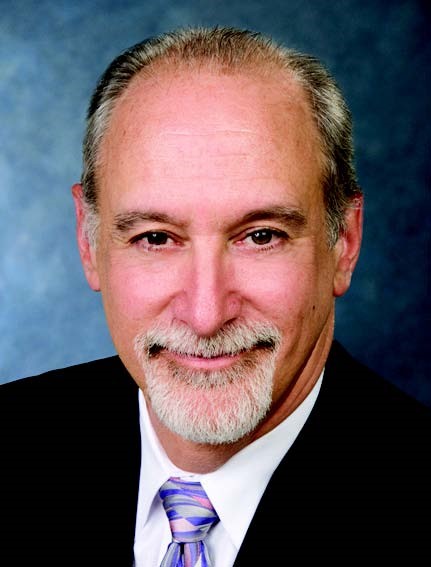 Dr. Stahl has spent 30 years leading physician organizations, much of it at Hartford Healthcare.  As a vice president of HHC, he served as a key physician executive in Integrated Care Partners, the 2000 member clinical integration organization of Hartford HealthCare founded in 2014.  Prior to that, Dr. Stahl led the consolidation of 5 practices as the founding CEO of Hartford HealthCare Medical Group eventually employing more than 250 physicians and advanced practitioners. From 1997 through 2012, Dr. Stahl, as CEO and medical director of Hartford Medical Group (HMG), led the transformation of the practice from urgent to primary care and built the staff from 12 to 70 physicians. Dr. Stahl has also served as consulting medical director for many Connecticut employers, including the Hartford Courant, Goodrich Pumps & Engine Control Systems, Wiremold and Jacob Vehicle Systems. He organized and practiced in the occupational medical group at HMG, which provided services to many private and governmental organizations across the state of Connecticut.

Dr. Stahl earned a B.S at M.I.T, an M.D. at the University of Rochester School and completed his post-graduate training in internal medicine at Hartford Hospital. He is an assistant clinical professor at UCONN's School of Medicine and is certified as a Diplomate with the American Board of Internal Medicine. Dr. Stahl is a member of the American College of Physicians, the American College of Occupational and Environmental Medicine and the Connecticut State Medical Society. 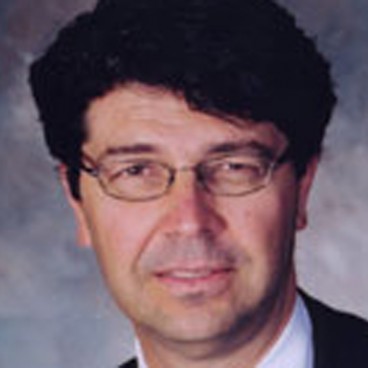 Victor Villagra is the founder and president of Health & Technology Vector, Inc. based in West Hartford, CT. H&TV is a consulting company in population health, technology assessment and delivery system redesign. Dr. Villagra works with senior management teams of a diverse client base in multiple countries. He is also Chief Physician Advisor to the National Rural Electric Cooperative Association (NRECA).

Dr. Villagra was National Medical Executive at CIGNA HealthCare. He is past-president of the Disease Management Association of America. He has served as an advisor to the Department of Health and Human Services and Centers for Medicare and Medicaid in a variety of subjects including the Medicare Modernization Act Chronic Care Initiative. He was a member of the HIT Committee of the State of Connecticut SustiNet plan. His current work focuses on the transformation of primary care practices to succeed in the era of health care reform.

Dr. Villagra served as Visiting Health Policy Scholar at the Ethel Donaghue Center for Translating Research into Practice and Policy at the University of Connecticut Health Center and is now Assistant Professor of Medicine at the same institution.